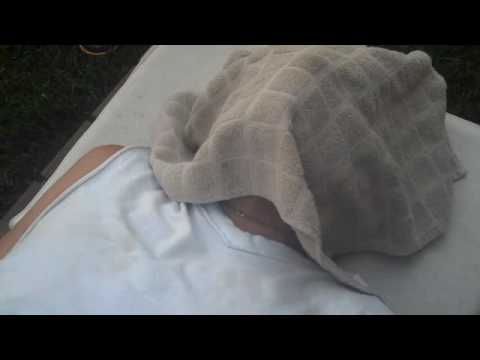 First of all, I would never ever wanna disrespect ANYONE that actually has gone through this for real.
There’s a ton of other factors that go into the terror of this.
First the two weeks in a jet black room with Cyndi Lauper bein blasted for two weeks straight before they even get to this part, has to add about about three trillion percent to the experience.
Also the sheer panic of bein captured and held, and havin dogs growl at you, and the worry of whether you may be shot or killed or not fed or whatever else coulda been goin on in these prisons.

That bein said, I’m here to tell you through mild experience, that after the feeling of drowning and suffocating for about 15-20 seconds torture absolutely DOESN’T work.

The feeling after a second was horrible, and I immediately started to panic and find a place under the cloth that I could breathe from. My brain got immediately consumed with how to not drown, and I had no recolection or thought of, “I’ll be fine, this is just a stupid exercise that I can stop at any time.”
All that went right out the fuckin window after about three seconds.

So that bein said, put into the situation that these men who were actually waterboarded, I woulda told ANYONE, ANYTHING THEY WANTED TO HEAR in order for it to stop.

Torture like this is fuckin useless in extracting information. You would have no idea what was credible or what wasn’t. You really just want it to stop the second it starts.

Now, I’m a hillbilly from Nebraska, and I have a real “us vs. them” mentality when it comes to war. And I would not be opposed at all, to us doin this to people we absolutely KNEW were involved in killing Americans. This absolutely fuckin sucked and was a major fuckin bummer.

Maybe we should look into this bein a cool style punishment for anyone who hurts kids. I’m tellin ya, this would fuckin work.
You wanna sexually molest a kid, or hurt them, I say sign you up for a year of this daily, and you’ll think fuckin 100O times more before you give in to any wacky desires you may have.

I’m glad I did this, and I’m even gladder I didn’t REALLY do it the way it gets done in one of them prisons.