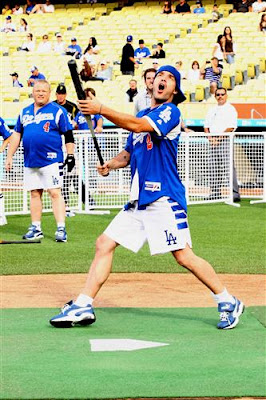 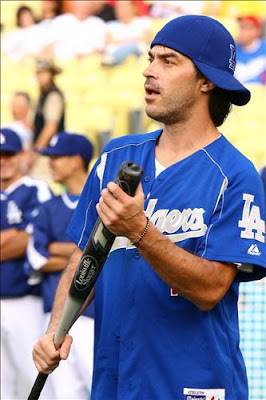 The single coolest thing about bein on Survivor was playin in the celeb softball game at dodger stadium.
When my name was announced over the loundspeaker, you could see people in the stands turning to one another saying, “who is this fucking guy”?
Honestly, I don’t give a fuck about that. I DO, however give a fuck about the fact, that the ont and only time I will ever have an at bat at Dodger Stadium, I popped it foul, and it was embarrassingly caught by the 3rd baseman.
I’m still fuckin pissed off about it.