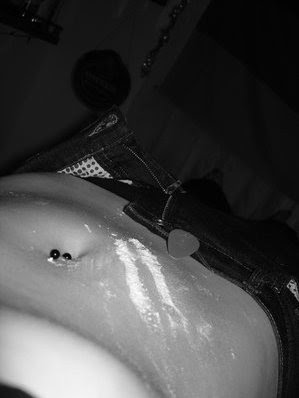 Well if she’s between the ages of 19 and 26 and lives in L.A. or NYC, she’s more than likely on coke.
This shit is cyclical. The early to mid 90’s was “Beechwood Cyn sad misunderstood girl heroin chic”.
And to say that coke is back would be an understatement.
After spending the weekend out a bit, and watching the sadness of young amateur girls chewin their faces off, and way too gleeful to hop rides and chase rough rough dudes all around L.A. it’s apparent that lotsa fun new life lessons are about to be learned.
Now far FAR be it from me to have a judgement about anyone’s chemical intake, but the young girl coke thing is far more depressing to watch than 90’s Heroin Girl.
Heroin Girl is much obliged to lay around and play some guitar and watch bad tv.
Coke chick is in fiend mode. Chase mode. Desperado mode.
It’s always started because a young one is too drunk, and with a bump she sobers back up perfectly, and feels cuter, sexier, smarter, and real clse to fake perfect.
If it could all end right there, we’d all be fine.
unfortunately, it’s always eight hours later in a hotel room with some dudes she would never normally be around, with the sadness and depression that the come down is bringin.
I know this is part of the deal. I know that its phase-esque. And most have their minute and decide to steer clear.
But man, watchin the phase aint pretty.