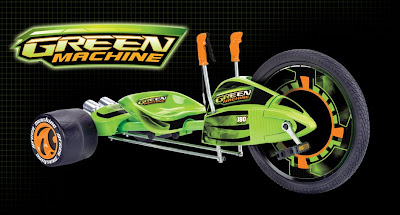 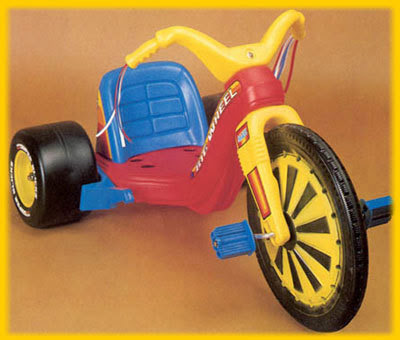 It’s quite simply one of the BIGGEST arguments ever.
Which was the better mode of transpo for a guy at 4 yrs old.
The Big Wheel came first and revolutionized the genre with its easy balance, low center of gravity smooth ride. It also had the simple but highly effective “spin-out” break that, if mastered correctly, was hours of fun.
But who could ever EVER forget the moment the kid who’s family had the most money in the neighborhood, came screamin around the corner in the Green Machine.
There was obviously an immense and immediate feelin of terror, as I saddled up my BW. New sleek design, innovative steering carriage, and intimidating color scheme. And fuck it was a “machine”!
With all the fake non-interest I could muster, I challenged Brian Pistorius to a race. It was a quiet, and lonely time.
I will never TELL anyone who won. It’s the stuff of legend. Only to really be experienced by those that were there. But after the race of legends, it was fair to say that both vehicles, with their gorgeouss differences, were both firmly embraced for their own specificities.
The debate rages on…….