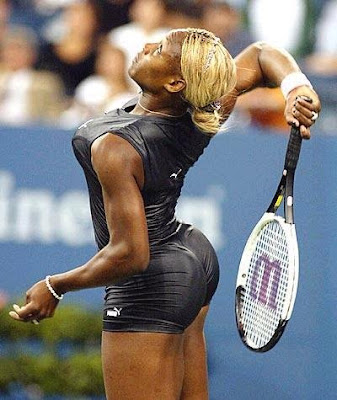 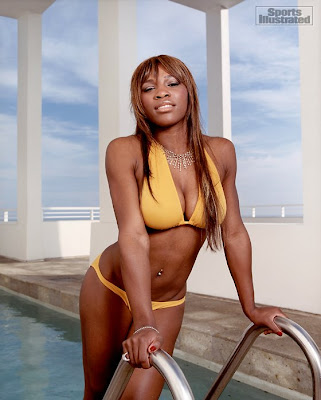 Bear with me for a second. I have no clue why, cause it’s an INSANE departure from what I normally find attractive…
But I wanna THROW DOWN on this BEAST.
In my self-analysis of the situation, I look at her ass in that pic, and it’s so completely apparent that if she has any idea at all what shes doin in bed, that she could probly snap my shit right off my body.
And let’s face it. I do not have the EQUIPMENT necessary to even make a wee little dent in this.
And, further, if she got angry at anytime during the festivities, she could easily throw a rear naked choke on me and end my LIFE.

This is an ENORMOUS amount of “Athlete Maker” woman.
I’m just tryin to imagine me tryin to boss that shit around from behind. The quizzical look on my face on even how to start attacking or a gameplan would be worth a billion dollars.